Australian investors took a step back at the start of the week, with caution emerging after the market smashed through record highs last week. 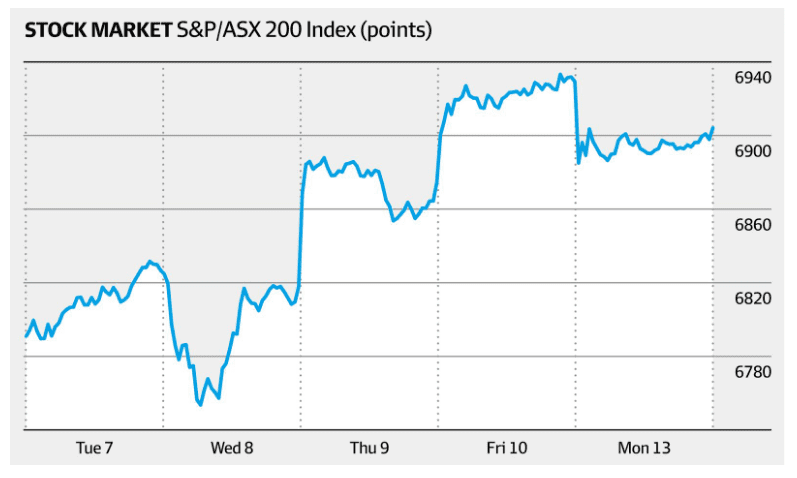 The US markets provided a weak lead for Australian investors on Monday, with Wall Street pulled down on Friday by mildly disappointing jobs data.

“There is nervousness out there” as the Australian benchmark approaches the 7000-mark, said Romano Sala Tenna at Katana Asset Management.

But, with interest rates at record lows, there is scope for more gains, Mr Sala Tenna said. He’s content to hold onto the equity positions in his portfolio and will consider increasing those positions.

The fund manager is keen on firms that offer sustainable yield, including the banks. “We think the selling on the banks has been overdone,” he said.

Gold miners are another area of interest for the fund manager, who sees the gold price supported by central bank money printing.

Oil prices recorded their worst week since July last week as investors tipped the easing tensions between the US and Iran wouldn’t disrupt access to the world’s crude oil supplies.

Also on the downside, Apollo Tourism & Leisure fell 9.3 per cent to 39¢ after warning that the bushfires raging through parts of the country were likely to dent the company’s full year profit in fiscal 2020.

Apollo said it’s unlikely to reach the underlying net profit of $14.7 million it recorded in 2019, with last minute peak summer bookings hit and forward bookings expected to be damaged as well.

A2 Milk slipped 1.1 per cent to $14.21 after revealing its chief technical officer Phil Rybinski will leave the company.

Chief operations officer Shareef Khan will assume responsibility for technical function activities on an interim basis ahead of a more permanent leadership arrangement.

The time is right to start to differentiate between the giant operators, after a stellar year for the share prices of both major operators in 2019, the broker said. The broker believes that this calls for a focus on strategic execution.

Metcash managed to gain, however, rising 2.8 per cent to $2.59 after Morgan Stanley lifted its price target on the firm to $2.95 from $2.90 and retained an overweight rating.

It said that the firm’s approximate 50 per cent discount to the ASX industrials ex financials sector is “too cheap.”

AfterPay was the strongest performer in points and percentage terms, up 4.5 per cent to $32.53. 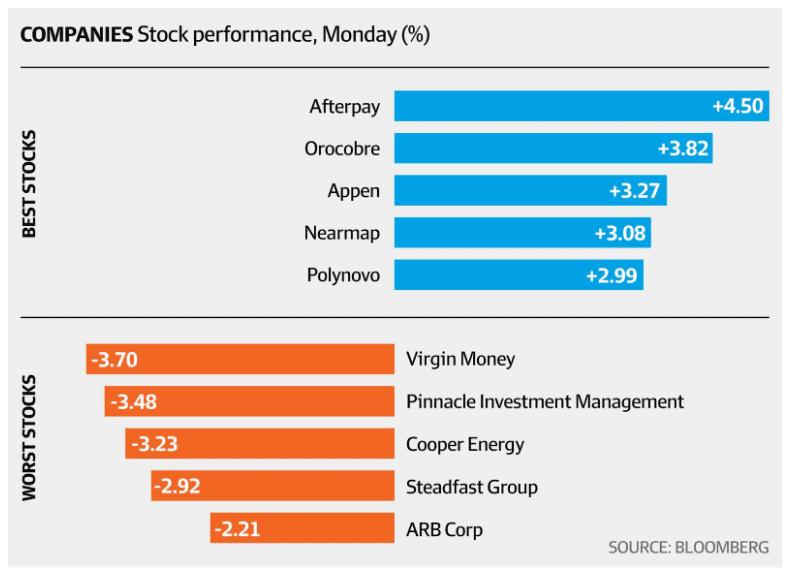 The gains came after Zip Co released its trading update for the December quarter, reporting a 24 per cent quarter-on-quarter jump in revenue to $38.5 million. Zip shares rose 3.1 per cent at $3.64.

Platforms business Praemium advanced 4.7 per cent to 55¢ after total funds under administration grew to $20.3 billion by December 31, 2019. The firm’s international business now has $3.1 billion in funds under adminstration, with 2019’s gross inflows up 81 per cent on 2018. 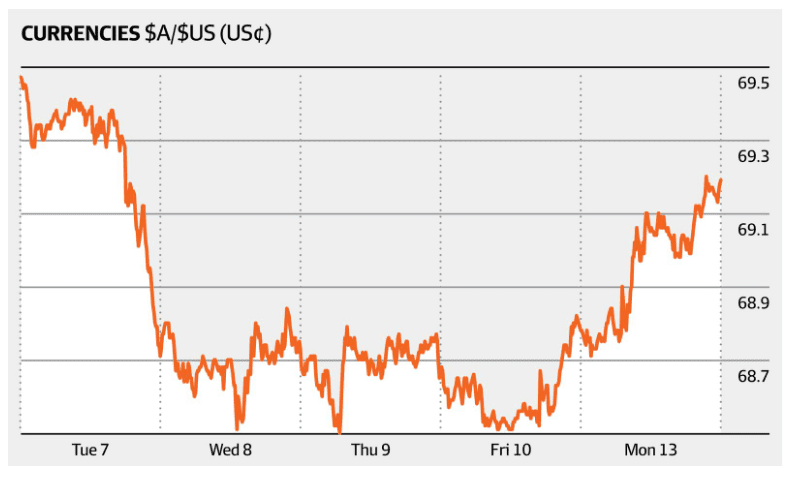