Home » Katana Media Updates & Insights » Where Does The Gold Price Go In 2022? 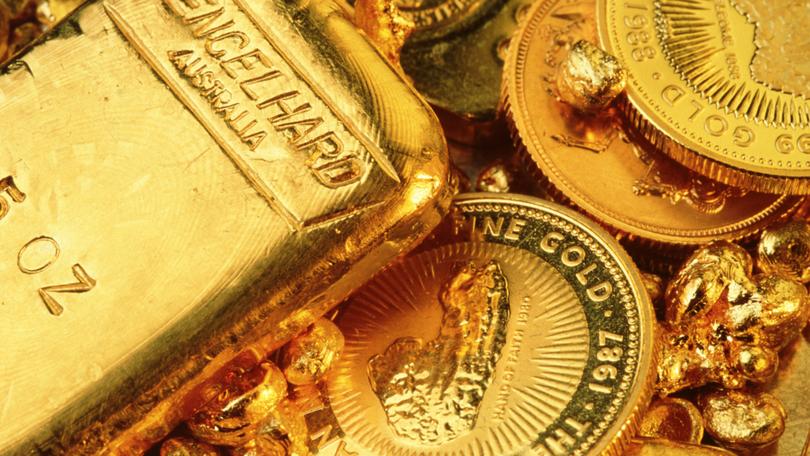 The all-important US inflation rate rose to 6.8 per cent over the past year, its highest in 40 years, leading a sustained rise in consumer prices across most advanced economies.

Meanwhile the US Federal Reserve and central banks around the globe continue to print money and debase their currencies in a bid to stimulate economies as the financial impacts of the pandemic linger.

These two facts should be key catalysts for gold. So why has the precious metal just posted its first annual loss in three years after rallying to an all-time high above $US2000/oz in 2020?

In fact, gold has remained largely range-bound over the past 12 months, bouncing between about $US1700/oz and $US1850/oz.

“When you’ve got inflation as we have now but also a lack of policy response, it means real interest rates (interest rates adjusted for inflation) are very deep in negative territory,” he said.

“That’s a great environment for gold because you’re actually getting paid to hold gold as opposed to being penalised to hold it when real interest rates are positive.

“Not only have we got inflation, but the four major currencies (USD, CNY, EUR, JPY) are being debased with money printing and these are your key drivers for gold.

“In theory, we should be seeing the gold price really catch a bid. The question is why aren’t we?”

Analysts are divided on whether emerging cryptocurrencies like Bitcoin, Ethereum and Litecoin have stolen some of gold’s lustre as counter currencies and hedges against inflation.

“They (cryptocurrencies) are providing an alternative for the younger generation who want to leverage things, transact in easier ways and with cheaper costs,” he said.

“We’re seeing cryptos capture that marginal buying that would have gone into gold by now.

“Sentiment around your major cryptocurrencies has become a third factor that’s driving the gold price.

“If you get that part of the puzzle right, you’ll get a better view as to where gold is going.”

“Every couple of years, a new asset class emerges and suddenly the mining sector thinks it’s being cheated on by investors,” he said.

“A few years ago, it was cannabis… but over the past two years the (mining) sector has seen its best run in 20 years.”

JP Equities managing director Jason Skinner says he expects the fear of inflation, combined with unprecedented money printing by central banks, will offer a buoyant environment for both cryptocurrencies and gold in 2022, but he has a preference for the precious metal.

“Cryptocurrency prices and crypto wallets are often heavily leveraged and much more volatile than gold prices, evidenced by the recent 20 per cent pull-back in Bitcoin’s price,” he said.

“We forecast that investors will move to safe haven US dollar hedges to combat inflation and gold will likely be the more favoured in 2022.”

Mr Sala Tenna was cautiously upbeat but less confident on a rising gold price in 2022.

“If I was pushed, I’d expect gold would probably break upwards from here but I don’t have that high level of confidence at the moment because of the rise of cryptocurrencies,” he said.

Mr Sala Tenna said gold might get another leg up if there was an event that damaged people’s confidence in cryptos, such as another major exchange being hacked or the US Fed saying it would ban crypto mining.

A clear downside risk to the gold price is the US Fed tapering its monetary expansion policy and raising interest rates in response to inflation. But it remains to be seen whether its commentary on the issue is anything more than jawboning.

A worker pours gold from a crucible into a mold at the ABC Refinery smelter in Sydney, New South Wales. Credit: David Gray/Bloomberg

For the US Fed and other central banks, it continues to be a delicate balancing act between fighting the looming threat of inflation and ensuring economies are supported to avoid the risk of recession amid the ongoing pandemic.

Shaw and Partners State Manager Davide Bosio agreed a lot of money had been diverted from traditional markets into cryptocurrencies and digital assets like non-fungible tokens (NFTs).

He compared the rise of cryptocurrencies to the tech boom and subsequent bust of the late 1990s when thousands of technology companies raised money and became multi-billion dollar unicorns in a short space of time, and then disappeared overnight.

“None of them made a difference to the world except for a handful like Amazon and Google,” he said.

“I think the boring things will prevail.”

Mr Sala Tenna said he didn’t know whether cryptos were the greatest Ponzi scheme of all time or a rare paradigm shift in financial services.

“I honestly believe we haven’t got enough data points to say whether it’s the birth of a new asset class or the greatest bubble of all time,” he said.

“We need to see the regulatory response to cryptocurrencies in order to ascertain whether they are going to be here for the long haul.”

He argued the Trump Administration had failed in its policy response to cryptocurrencies because it had been “dysfunctional” and “asleep at the wheel”.

“When the new (Biden) Administration came to power, cryptos already made up about $US2.7 trillion and most of that money was held by mums and dads,” Mr Sala Tenna said.

“The normal policy response would be to heavily regulate them which would have decimated that market and wiped out a lot of private wealth. So the most likely policy response has been taken away from them.”

Mr Sala Tenna said there was well over 7000 cryptocurrencies and if only the top five survived, it would still wipe out billions in private wealth.

Euroz Hartleys director Ian Parker said while the broker was biased because of its close association with many WA gold stocks, it was hard to imagine the precious metal not being a reasonable place to have some money invested in 2022 purely because of the inflationary outlook.