We’re Missing the Point on Oil

The current pronounced weakness in the oil price is an attempt by Saudi Arabia (predominantly) to eradicate existing high cost production, slow the onset of new projects and pressure OPEC and non-OPEC nations such as Russia (ROPEC?!) into greater supply-side discipline.

As OPEC met for the 166th meeting in late November 2014, the oil price was already under pressure. But Saudi Arabia chose to…further increase production! In fact, Saudi Arabia’s recent production is at an all-time high, surpassing its previous record achieved in 1980.

Analysts that attribute the current oil price weakness to the ‘breakdown of OPEC’ are poor students of history. OPEC has been down this path before and will persist until it has inflicted as much pain as it can on competing oil producers, or until it can bear no more pain itself. 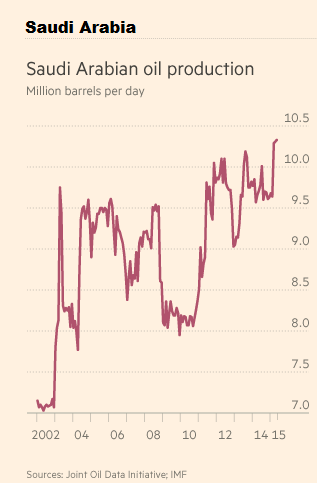